Chancellor George Osborne has used his Budget speech to say all schools in England will become academies and extend the school day. 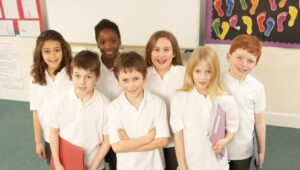 Schools must become academies by 2020 or have official plans to do so by 2022, he told MPs.

The proceeds of a sugar tax on fizzy drinks will boost sport in primary schools, while secondaries will get funds for after-school activities.

There will also be a new focus on school performance in northern England.

Mr Osborne said a review, carried out by Professor Adrian Smith, would consider whether maths should be compulsory until the age of 18.

And an extra £500m would be made available to ensure a “fair funding formula” for schools – aimed at addressing imbalances in the system – is up and running by the end of the Parliament.

Mr Osborne said: “Providing schooling is the single most important thing we can do to help children from a disadvantaged background to succeed.”

It was also the single most important thing that could be done to boost the long term success of the country, he added.

Therefore, he pledged to “set schools free” from local bureaucracy, so by 2020 all schools must have converted or be in the process of converting to academy status